The “Pledge of Love” is the first album in a series composed based on the tasnifs by the renowned Iranian tasnif-maker Mohammad Ali Amir Jahed and recorded by Sahba Kohan Ensemble with Ramin Bahiraie as signer. The album was released by Mahoor Institute of Culture and Arts in September 2015.

In this album, Sadjad Pourgahnad has re-composed Amir Jahed’s tasnifs’ by adding phrases and by making polyphonic the already existing ones. Pourghanad has also composed an overture entitled “Trannom” in which all instruments introduce themselves through the parts they play. The album cover written by composer reads:
“The current album results from the approach to the Persian music which was founded 90 years ago by Ali Naghi Vaziri and was followed by his students and colleagues and which has survived up to this day. In this school, there are no limitations for employing non-Persian musical techniques in composing; therefore, different techniques are used as long as they do not disturb the context of the Persian music.
“Due to unrestricted use of composing techniques some of which are totally new to the Persian music, works composed by the composers who follow this school have two important characteristics: 1. More variety and expanding composing horizons 2. Persian music becomes more attracting for those who are used to the Western classical music’s polyphony and are capable of following different sound lines.
This album consists of 6 Tasnifs by Mohammad Ali Amir Jahed which I have re-composed. In re-composing these Tasnifs, vocal parts are left intact while I have re-written the instrumental parts.
“In this album, I have tried to employ harmony, counterpoint and orchestration techniques for Iranian instruments to the extent that it does not disturb the context Amir Jahed had created. Based on each piece’s ambience, various polyphony and orchestration techniques are drawn upon the understanding of which is not challenging for trained listeners and those with the ability to follow multiple lines; however, those who are less familiar with polyphonic music might find them tough. Therefore, it is recommended that they listen to the album at least three times before they judge it!
“In the past several decades, one of the obstacles on the way of composing for an orchestra of Persian instruments has been the excessive use of percussion instruments to the extent that rhythmic variety has turned into an indispensible tradition for Persian orchestras. This tradition has made composers evade writing calculated and challenging counterpoints and impose the rhythmic variety and the continuous bass line to the audience in a primitive and deficient manner. Consequently, in this album percussion instruments were deliberately avoided so that in their absence counterpoint can play its role efficiently.
“This album includes some of the undiscovered or less listened-to Tasnifs by the great master of Iranian Tasnif-writing, Mohammad Ali Amir Jahed. I hope that the new approach applied to re-composing these Tasnifs adds to their beauty – Sadjad Pourghanad.”

This entry was written by HarmonyTalk
Translated by Mahboube Khalvati 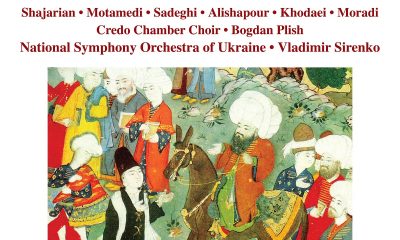 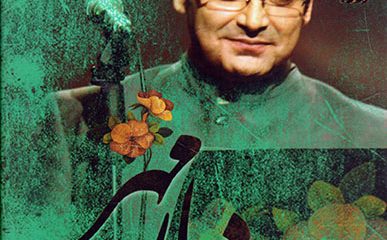 “Diar-e Mehr” is a live album composed by Tahmoores Pournazeri. In this album which was published in both audio (CD) […]

In this album, Sadjad Pourghanad played solo Setar accompanied by the orchestra.